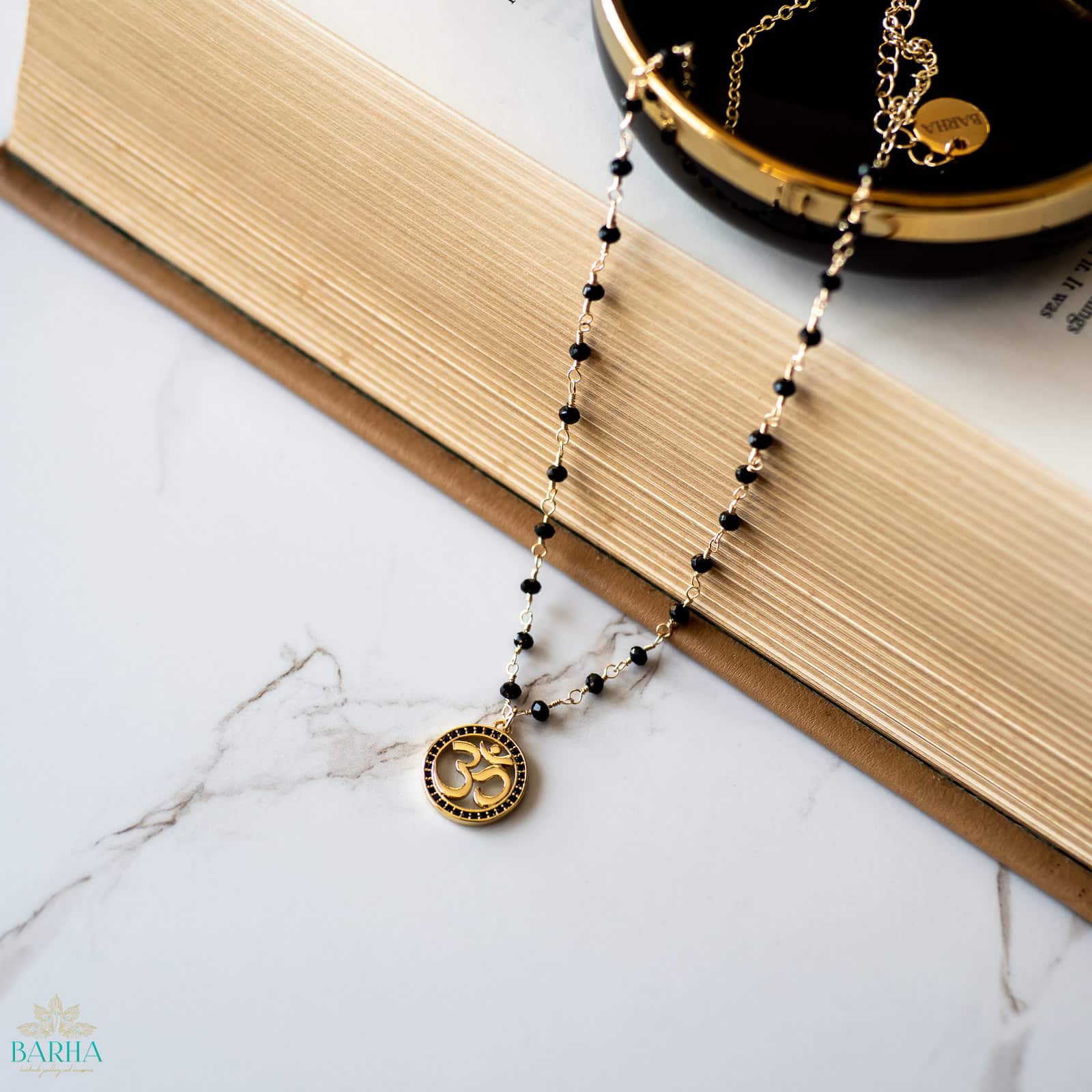 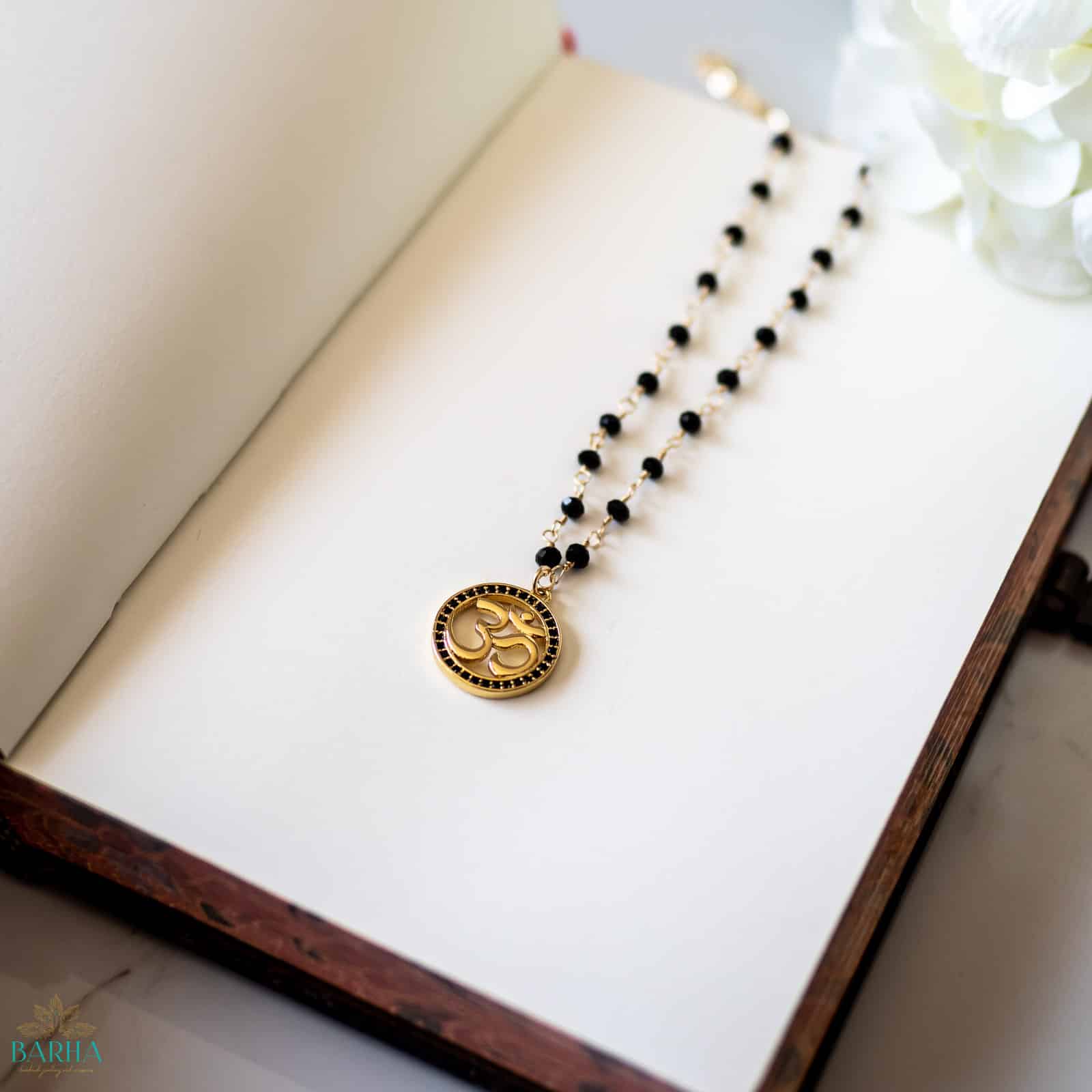 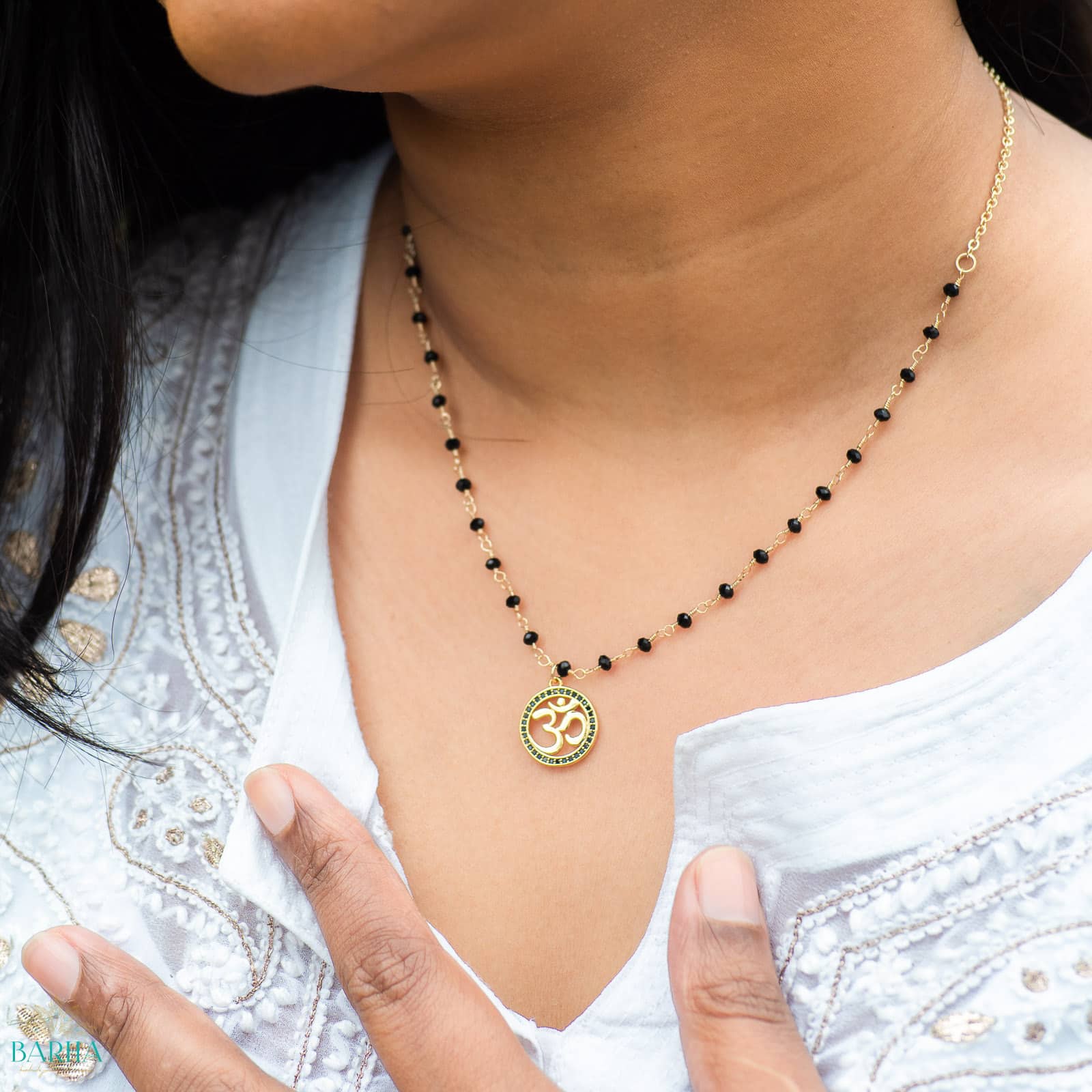 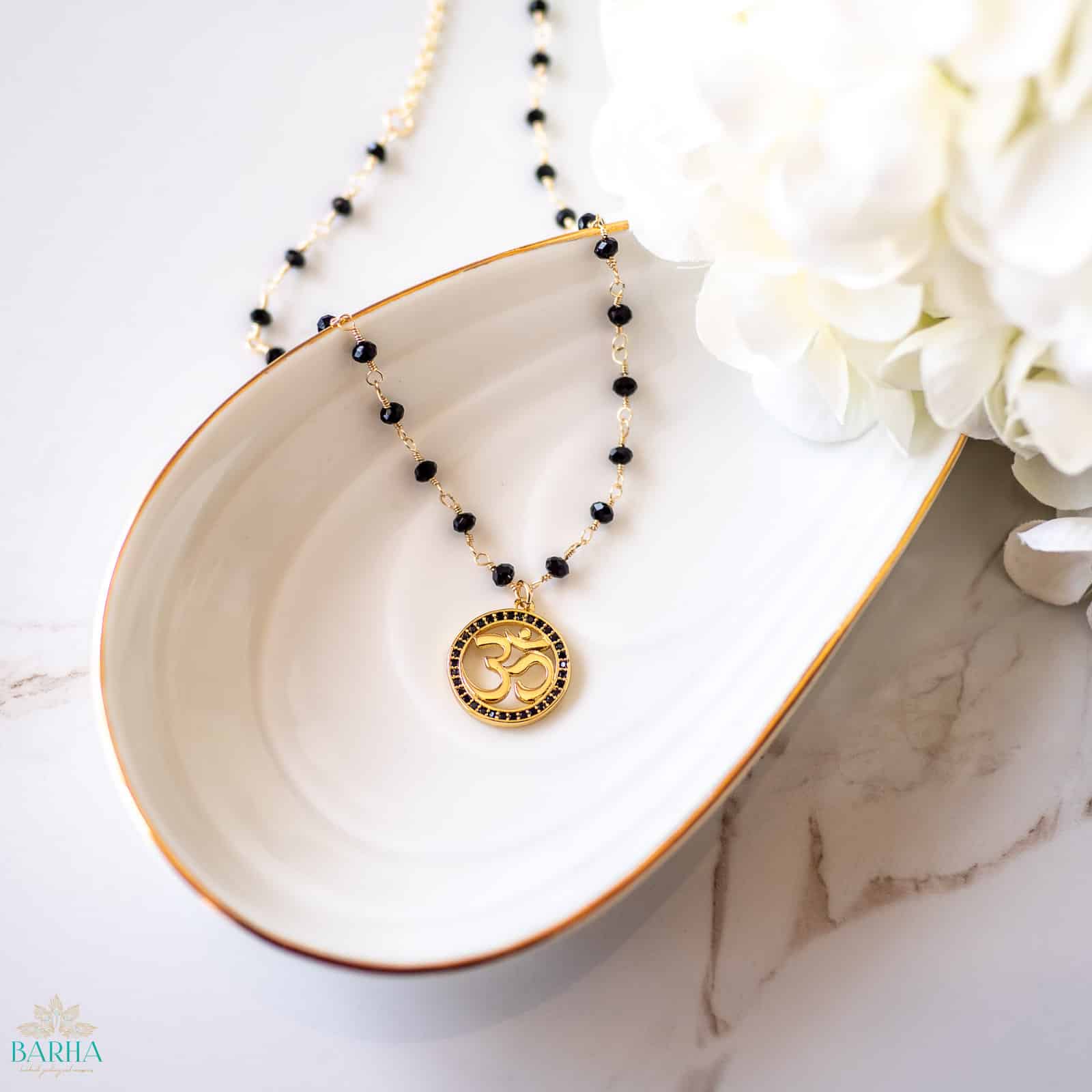 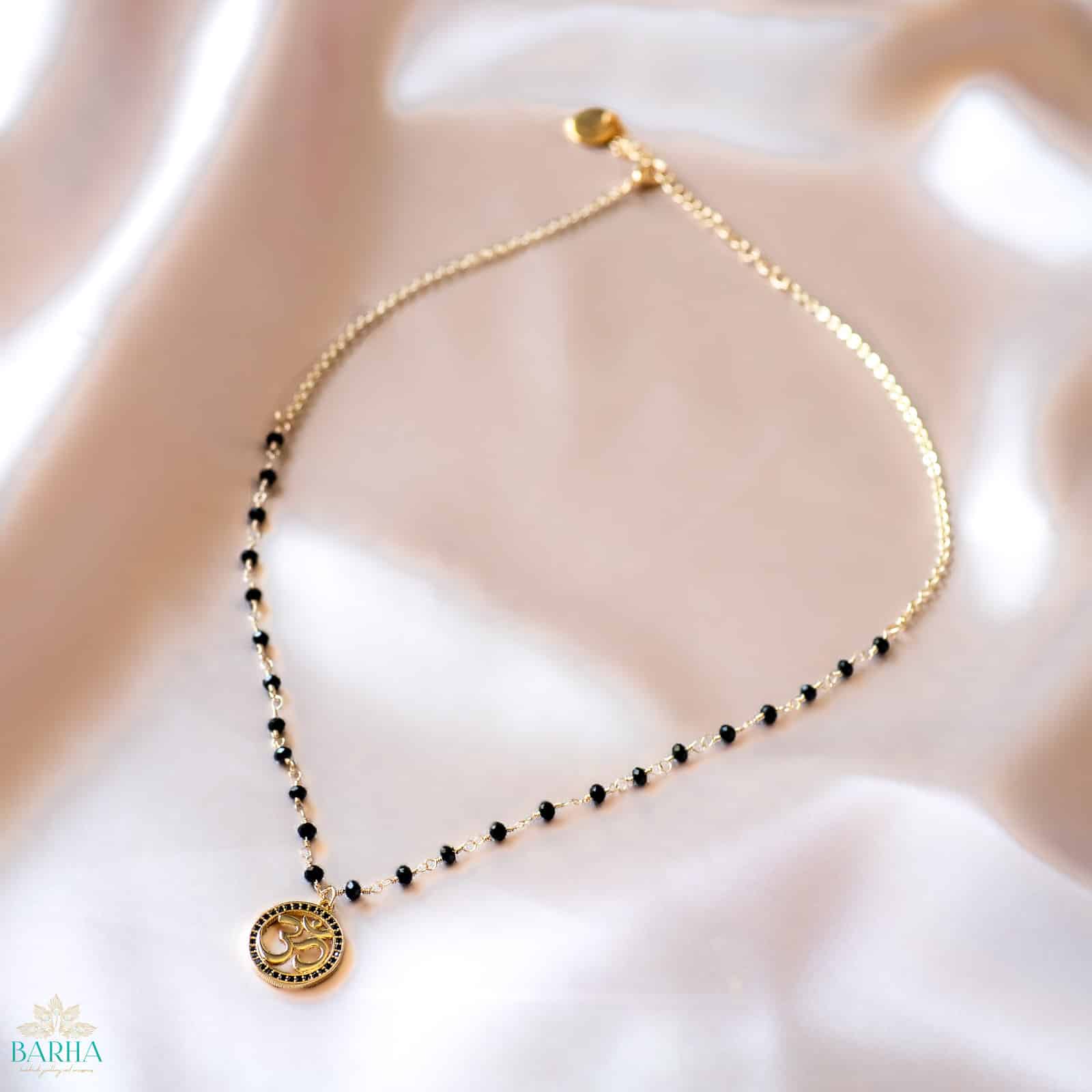 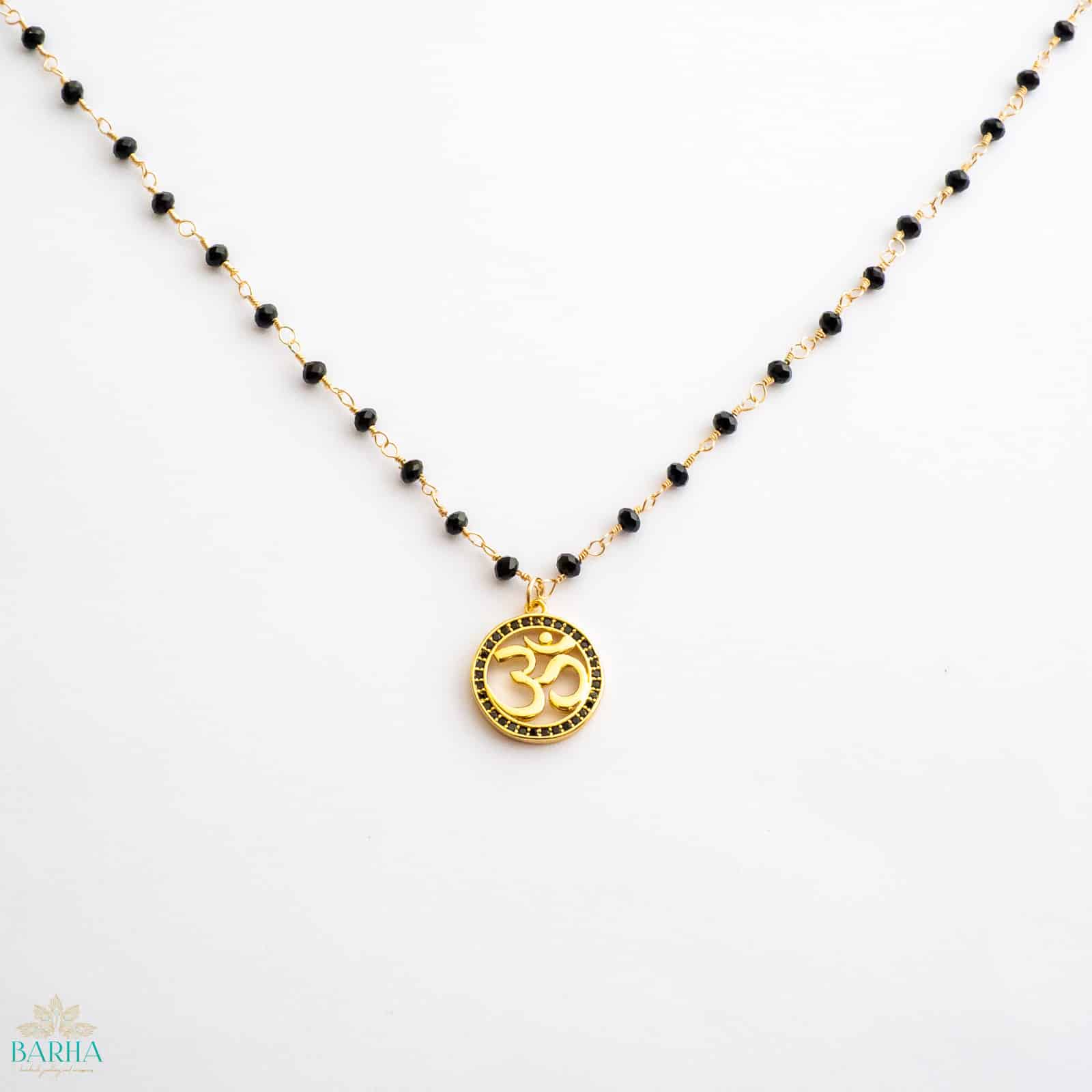 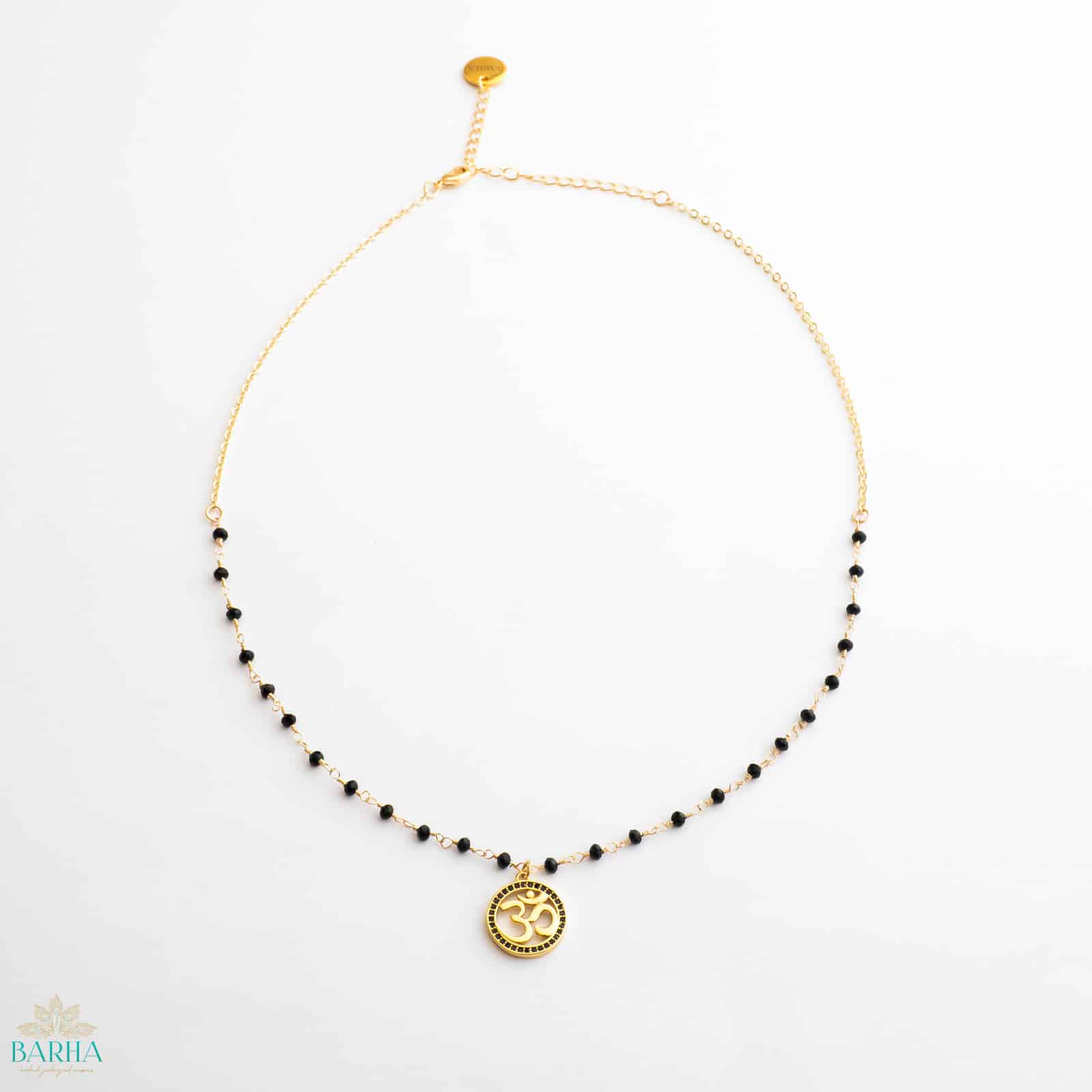 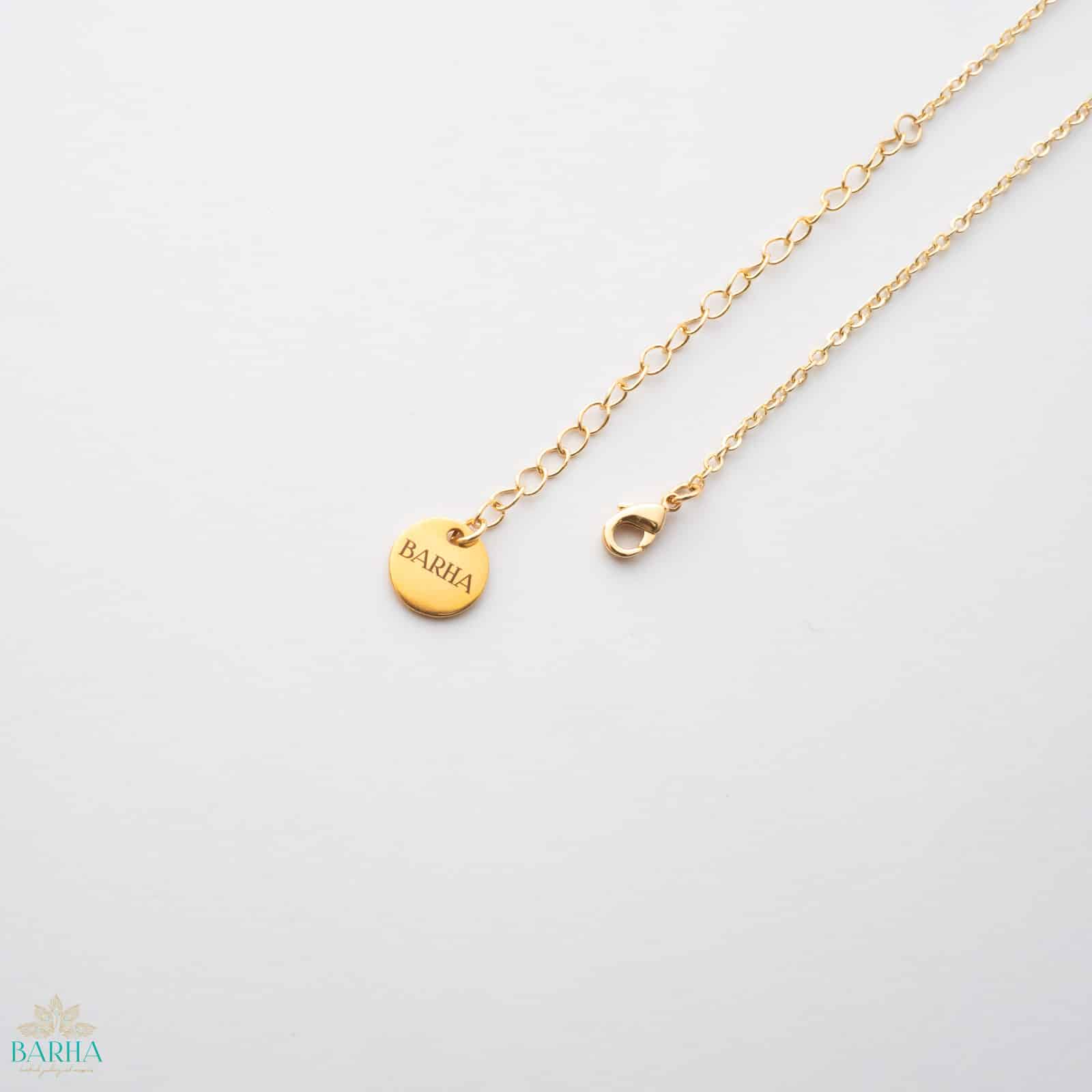 The word Shraddha derives from two Sanskrit words; shrat meaning “truth”, “heart”, and “faithfulness”, and dha meaning “to direct one’s mind toward”. While it does not have a direct English translation, Shraddha can be loosely translated to mean faith, respect, and sincerity, and refers to anything or any act that is performed with all sincerity and faith. Shraddha, as a concept, emphasizes the true understanding of Divine truth over blind faith.

The dainty gold and black mangalsutra style Aum necklace embodies the spiritual meaning of the sacred Aum/Om symbol. Aum is considered the most powerful word in the universe because of its 3 lyrical syllables which calls the mind, body, and spirit home. It is often chanted before or during puja (prayers) and meditation as it serves to open and clear the mind and brings about the expansion of one’s energy. In Hinduism Aum or Om is referred to as everything, the source, the vibration of the entire universe, the essence of the ultimate reality, and the sound of all sounds because it originates from the sound of nature and embodies nature in its vibrations. This mystical single syllable word and its Sanskrit symbol represents the Divine Presence and power that is the universe.

Length: Choker, 40cm, includes extension chain and can be extended to 47cm.