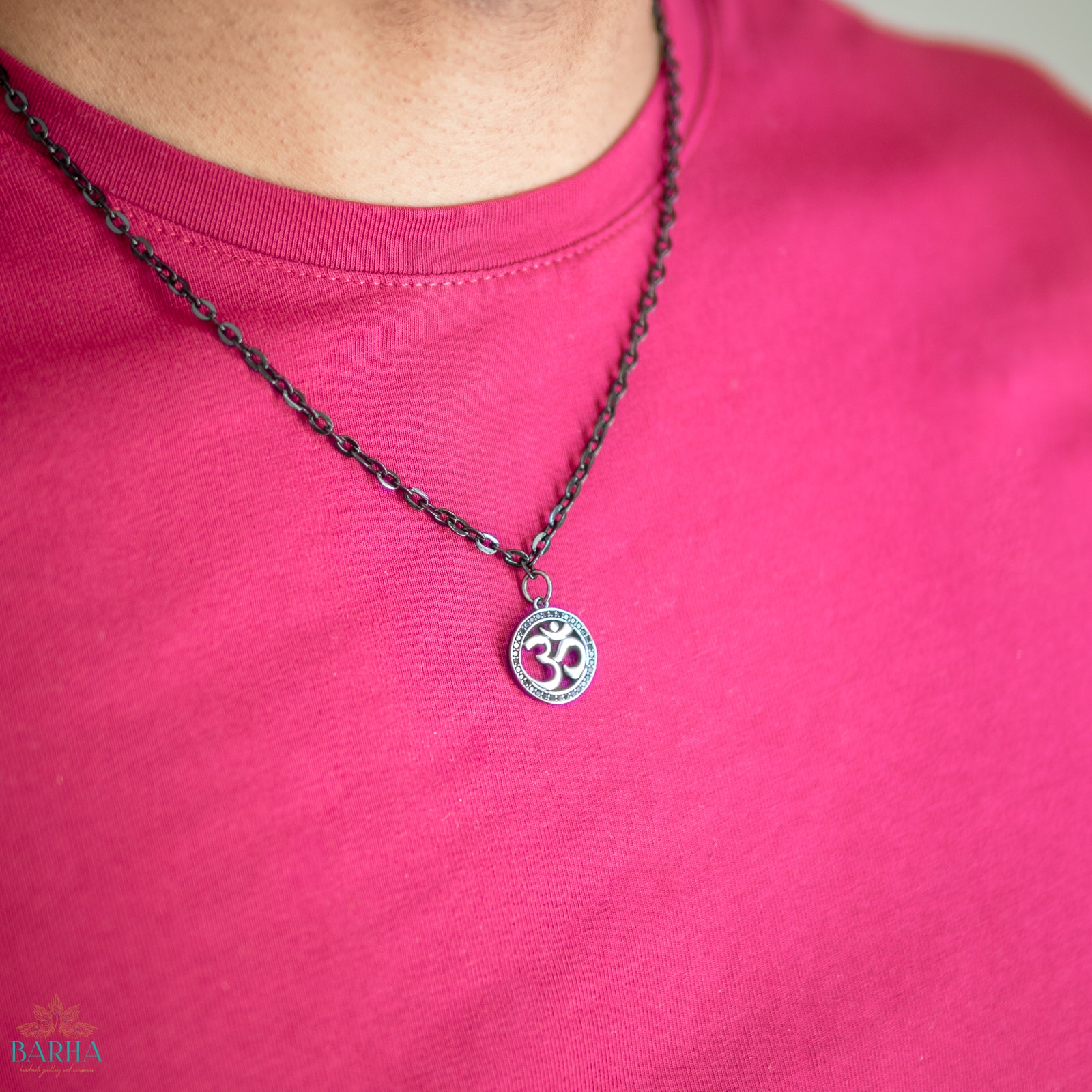 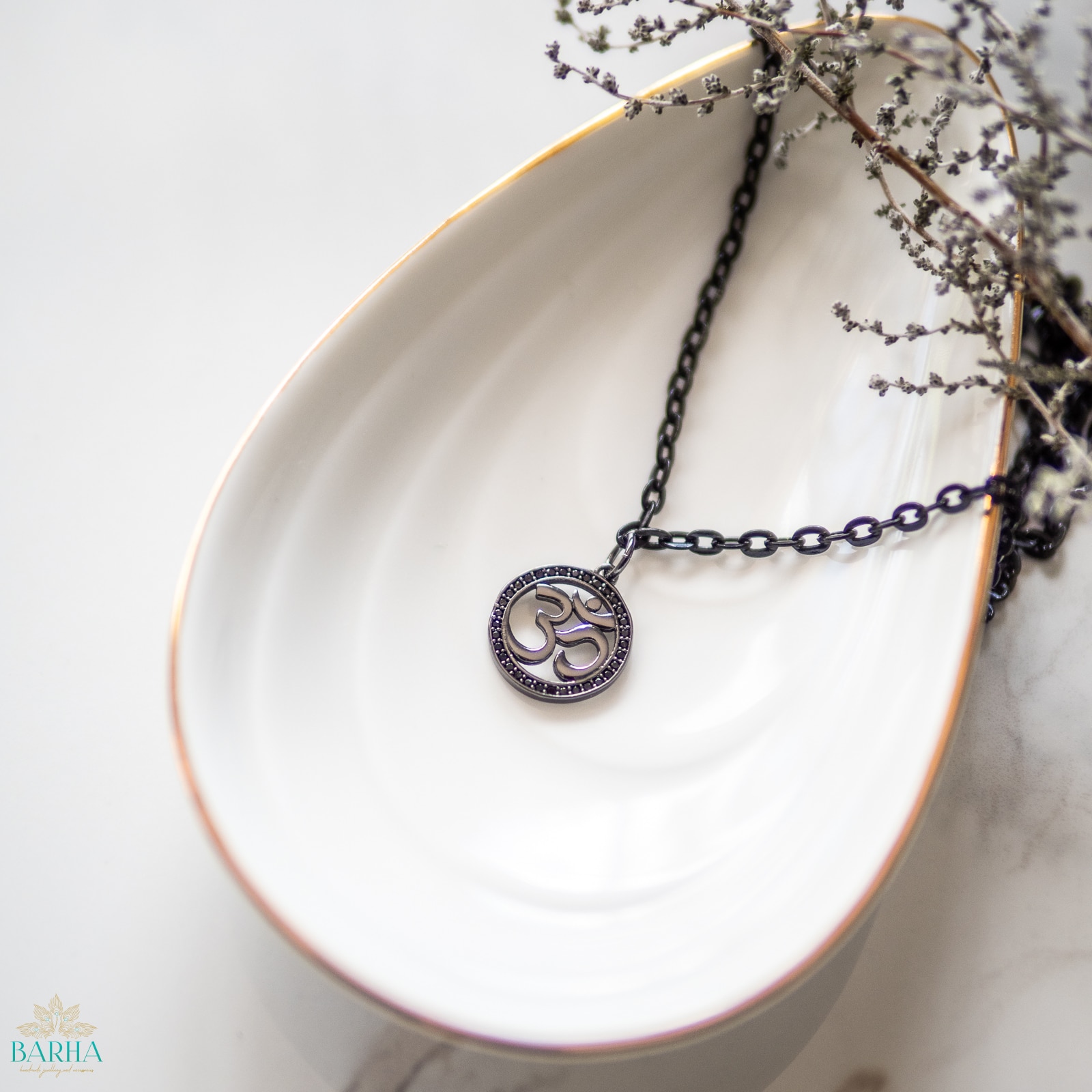 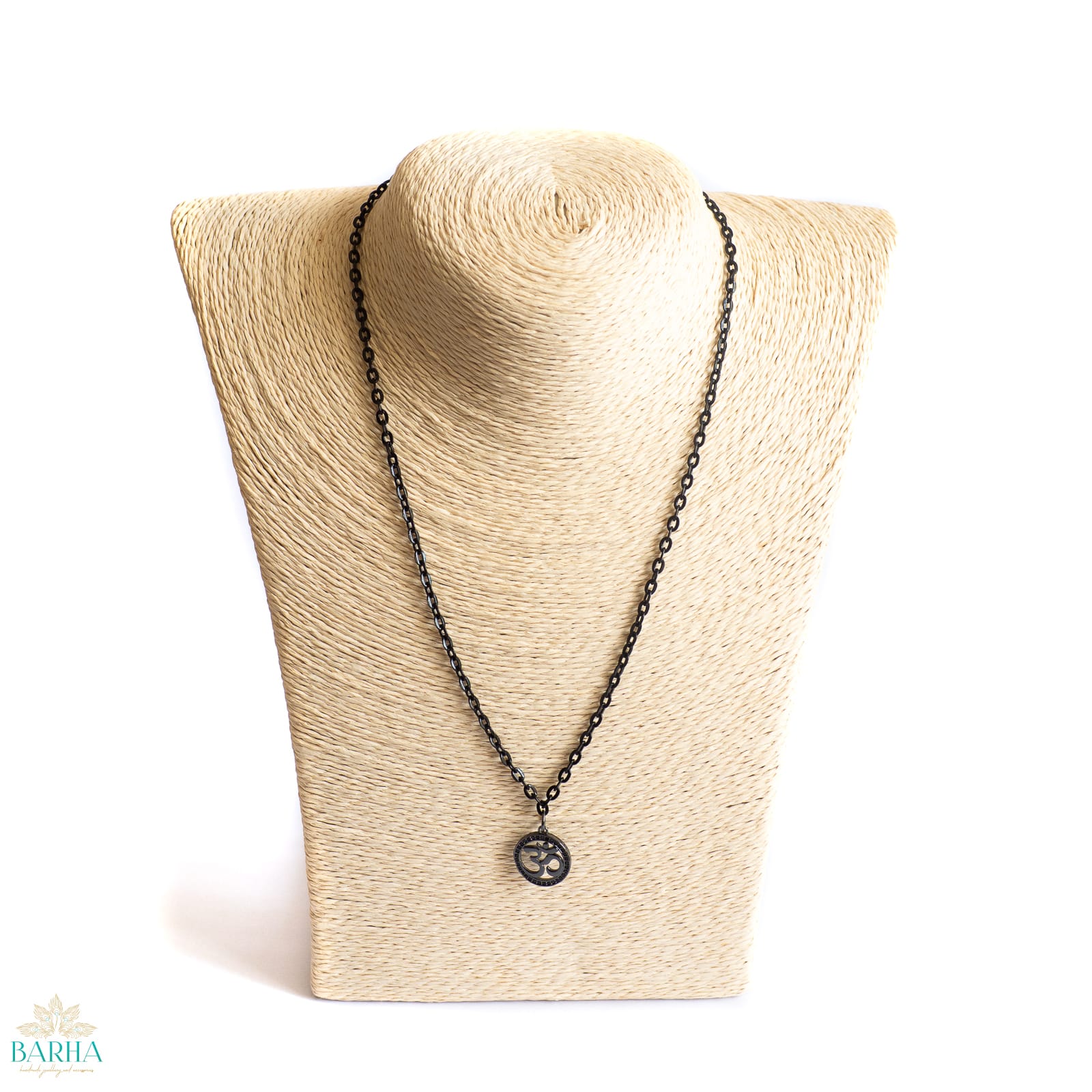 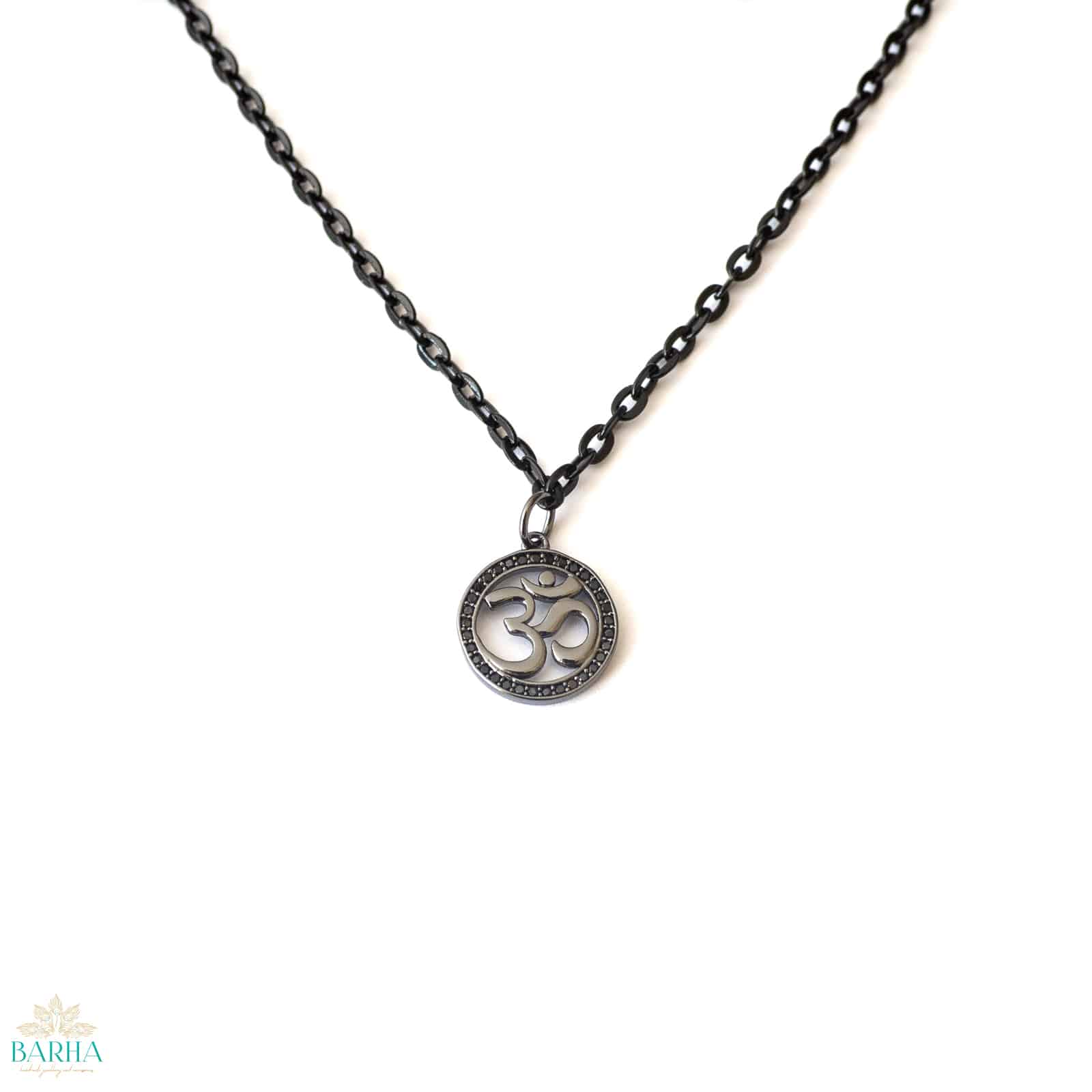 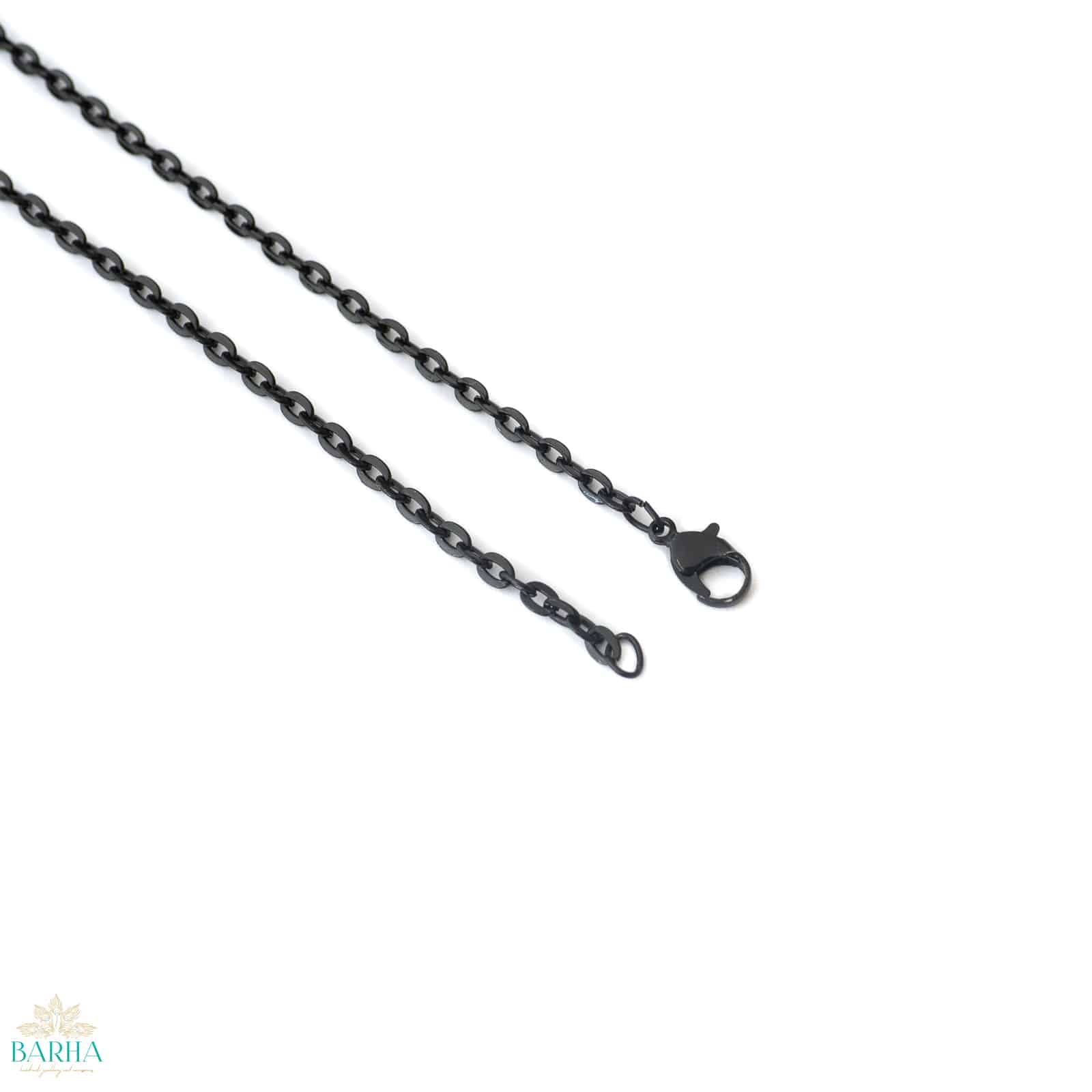 Bhakti is Sanskrit for “unwavering devotion” and refers to the Hindu belief that devotion to a particular God or deity will lead one to salvation or Nirvana. The necklace features a gunmetal grey Aum pendant with black cubic zirconias, on a black plated steel necklace. Aum is considered to be the most powerful word in the universe because of its 3 lyrical syllables which calls the mind, body and spirit home. In Hinduism Aum or Om is everything, it is the source, as well as the vibration and consciousness of the entire universe. It serves to open and clear the mind for meditation, and brings about an ascension and expansion of one’s energy